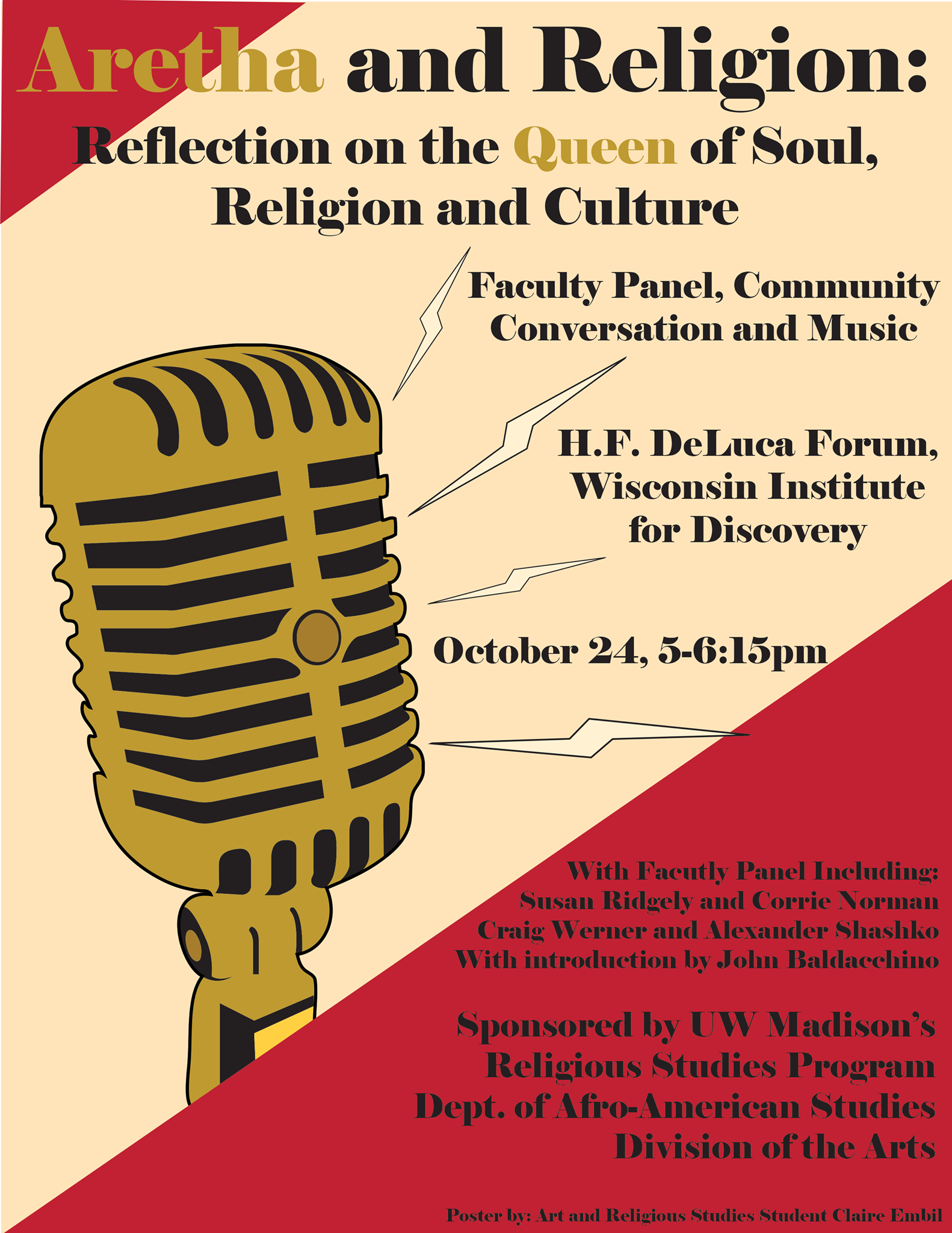 “Aretha and Religion: Reflections on the Queen of Soul, Religion, and Culture” is a faculty panel featuring Craig Werner, Alexander Shashko, Susan Ridgely, and Corrie Norman, and will take place in the H.F. DeLuca Forum. An introduction will be provided by John Baldacchino, Director of the Division of the Arts.

Aretha Franklin died in August 2018, leaving a rich musical legacy. Our panelists are teaching courses this term that in some way relate to the musical and ritual traditions and the political, cultural and religious contexts that influenced and have been influenced by Ms. Franklin. This is an opportunity for interdisciplinary reflection and of course, we will hear some of her music as well as talk about it.

This event is free and open to the public. Sponsored by the UW Madison Religious Studies Program, Department of Afro-American Studies, University of Wisconsin—Madison, and Division of the Arts.