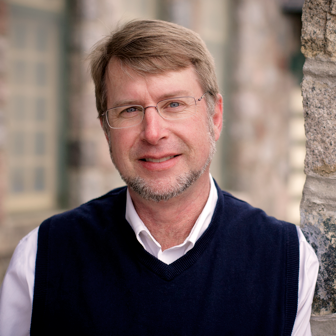 We would like to extend our congratulations to RS affiliate professor Mark L. Louden, recently named the Alfred L. Shoemaker, J. William Frey, and Don Yoder Professor of Germanic Linguistics.

Prof. Louden teaches the only religious studies course on the Amish in the United States. We will be offering this course in Fall 2018. Stay tuned!

Louden earned his A.B. (1984), M.A. (1987), and Ph.D. (1988) in Germanic linguistics at Cornell University. After serving for twelve years on the faculty of the University of Texas at Austin, he joined the Department of German in 2000. Most of his research and public outreach have centered on the Pennsylvania Dutch language and the Amish and Mennonite groups that speak it. His book, Pennsylvania Dutch: The Story of an American Language (Johns Hopkins UP, 2016), is the first comprehensive history of the language in its cultural and social contexts. In addition to his work on Pennsylvania Dutch, he has published on other German-American languages as well as Yiddish. He has held guest professorships at the Universities of Giessen, Marburg, and Freiburg in Germany and is the recipient of several awards for teaching and research. Committed to the Wisconsin Idea, he delivers approximately twenty-five outreach presentations across the state each year and serves as an interpreter and cultural mediator for Amish in multiple settings.

In 1949, Alfred L. Shoemaker, J. William Frey, and Don Yoder, founded what was at that time a unique institution in American academia, the Pennsylvania Dutch Folklore Center. Devoted in equal measure to rigorous scholarship and public outreach, the PDFC under the leadership of Shoemaker, Frey, and Yoder set out to document and interpret the history, language, and culture of the people known as the Pennsylvania Dutch and to disseminate the fruits of their research among both scholarly and general audiences.