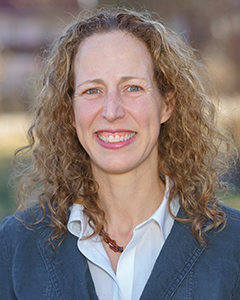 Biography
I use the methodologies of lived religion to analyze the role of age and intergenerational engagement in religious practice. I am the author of Practicing What the Doctor Preached: At Home with Focus on the Family (Oxford University Press, 2016), When I was a Child: Children’s Interpretations of First Communion (University of North Carolina Press, 2005), and two edited volumes on theories and methods for including children in the academic study of religion. My current project uses archival research and oral histories to explore the generational consequences of the desegregation of the diocese of Raleigh, North Carolina in 1953.

Practicing What the Doctor Preached: At Home with Focus on the Family (Oxford, 2016)

When I Was a Child: Children’s Interpretations of First Communion (UNC, 2005)

The Study of Children in Religions: A Methods Handbook (NYU, 2011)

“Conservative Christianity and the Creation of Alternative News: An Analysis of Focus on the Family’s Multi-Media Empire,” Journal of Religion and American Culture 30, no. 1 (2020): 1-25 [P]

“The Generational Ties that Bind American Catholics: Attending to Age and Region in the Catholic Imaginary” Exchange: Journal of Contemporary Christianities in Context 48:3 (July 2019), 251-267 [P]

“When Pain Becomes Symbolic of Commitment: The Practice of Spanking Among Users of Focus on the Family Childrearing Materials” Journal of Religion and Violence. Fall 2016.[P]

“Beyond Sunday School: How Child-Centered Studies of Religion are Transforming our Understanding of Children and their Traditions,” in Exploring and Engaging Spirituality for Today’s Children, edited by La Verne Tolbert (Wipf & Stock, 2014): 65-80.[P]