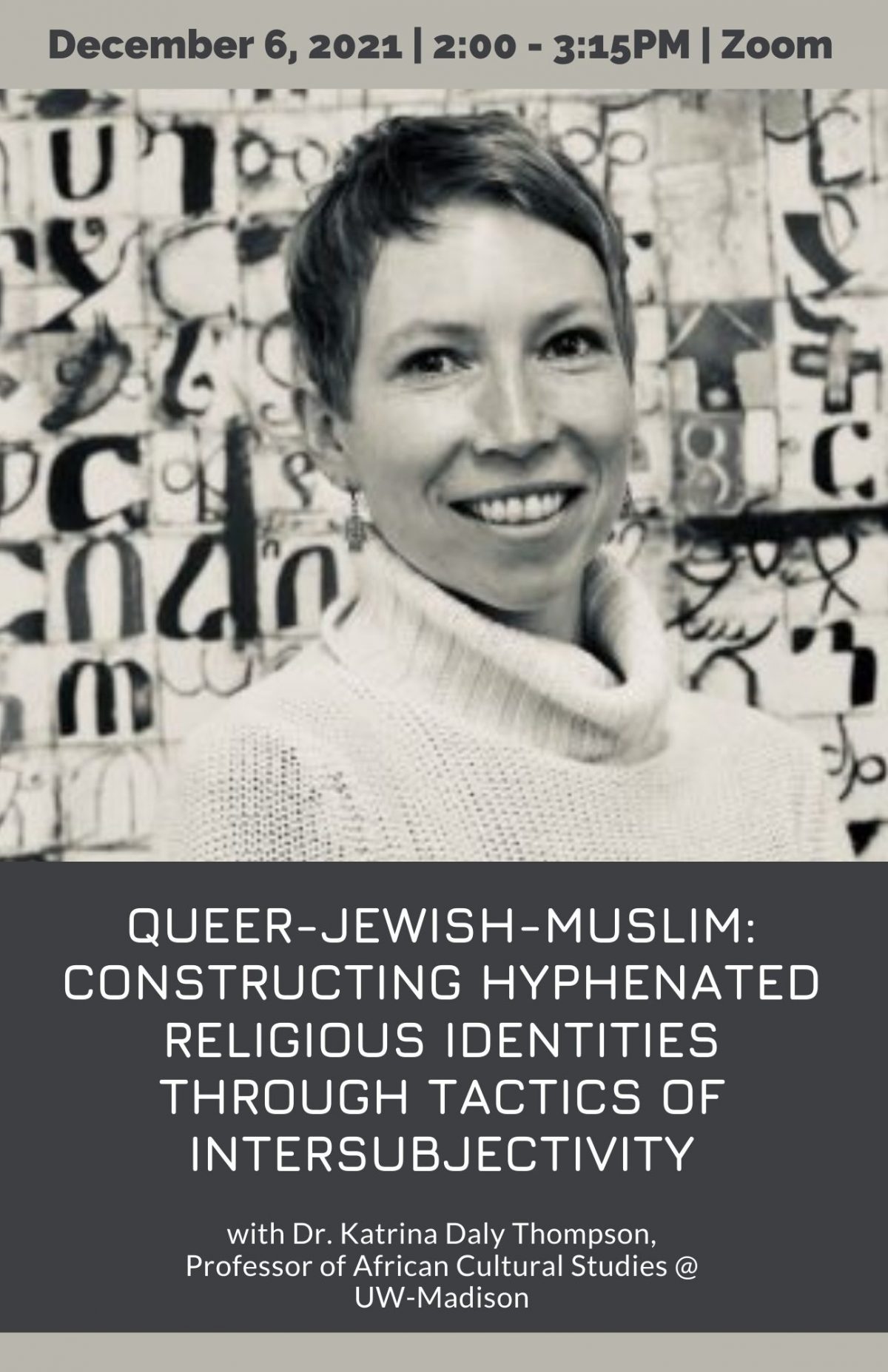 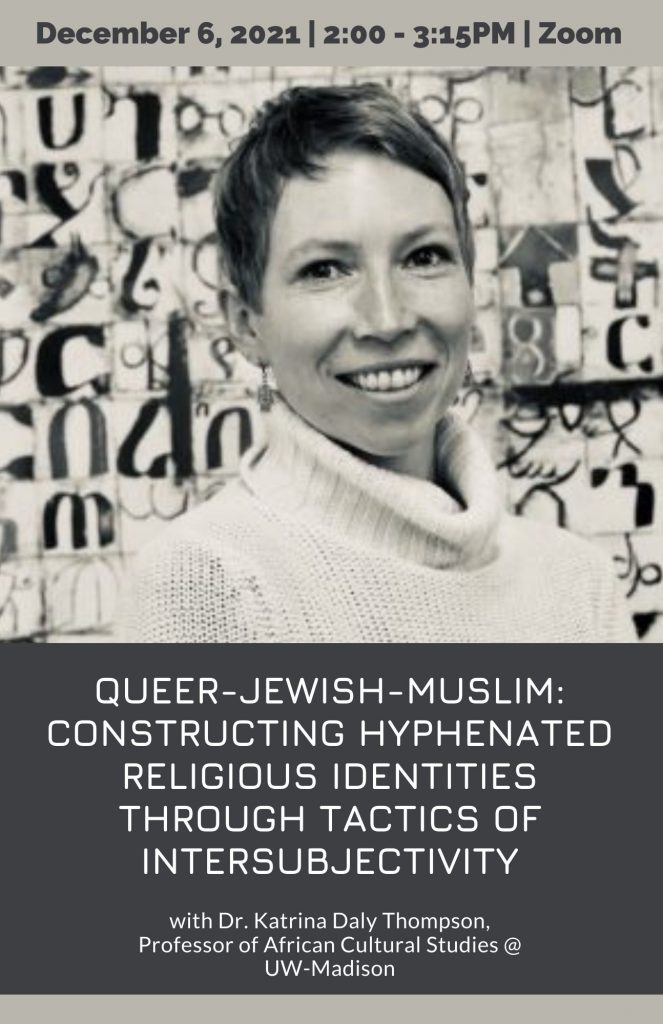 This online talk is being held over Zoom at 2pm (Central Time) on Monday, December 6, 2021. Registration is required.

Like normative conceptions of binary sex and gender, scholars and laypeople alike often treat religious identities as bounded categories: one must either be male or female, a man or a woman, and, if religious, one must select one label: Christian, Jewish, Muslim, or whatever. To identify with more than one religion, like identifying as intersex, nonbinary, or genderfluid, is a rather queer thing to do. Many researchers have dismissed the idea that one could be both Jewish and Muslim, often viewing Jews and Muslims through biological metaphors as different “species.” In this talk, I take a queer anthropological approach to entangled queer-Jewish-Muslim identities and relationships, first in the existing literature and then examining how two contemporary individuals involved in queer-inclusive Muslim groups navigate their hyphenated religious identities, practices, and heritages.

About Katrina
Katrina Daly Thompson is Professor of African Cultural Studies at UW-Madison, with affiliations in MESP, Anthropology, Religious Studies, and several other programs. Her research concerns language, gender, and sexuality in Muslim communities in East Africa, North America, and online communities. She is the author of Zimbabwe’s Cinematic Arts: Language, Power, Identity (2012) and Popobawa: Tanzanian Talk, Global Misreadings (2017), both published by Indiana; and co-editor (with Erin Stiles) of Gendered Lives on the Western Indian Ocean (Ohio, 2015). Her current book project is tentatively titled Misfits, Rebels, and Queers: An Ethnography of Muslims on the Margins.